Red sandstone is actually a sedimentary rock formed by the consolidation and compaction of indian sandstone, which is held together by a natural cement, such as silica.red sandstone is composed of quartz or feldspar (both silicates) because they are the most resistant minerals to weathering processes at the Earth’s surface, as seen in Bowen’s reaction series.

Red sand stone will compliment traditional or modern designs where the unique combinations of color and texture add an ageless yet contemporary feel. Indian sandstone is suitable for domestic and commercial use.

Rock formations that are primarily composed of sandstone usually allow the percolation of water and other fluids and are porous enough to store large quantities, making them valuable aquifers and petroleum reservoirs. Fine-grained aquifers, such as sandstones, are better able to filter out pollutants from the surface than are rocks with cracks and crevices, such as limestone or other rocks fractured by seismic activity. 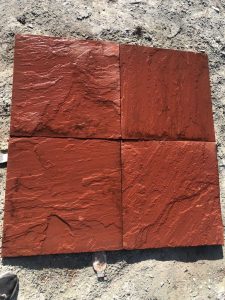 There are no reviews yet.

Be the first to review “Red sandstone” Cancel reply

This function has been disabled for Naksh stone.